Presented by the Islamic Art Revival Series in partnership with Irving Arts Center, the 5th Annual Juried Exhibition of Contemporary Islamic Art is a program of the Texas Muslim Women’s Foundation. Dr. Maryam Ekhtiar, Associate Curator of Islamic Art at the Metropolitan Museum of Art in New York will act as juror for the exhibition which will be on display in the Main Gallery at Irving Arts Center September 17 – November 13. 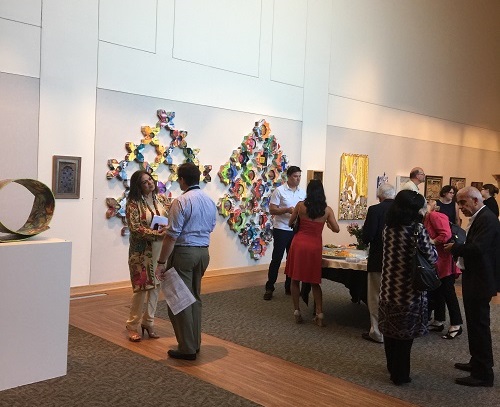 “This prestigious international exhibition of artwork is inspired by Islamic culture, art, literature and architecture and features works in a variety of styles and media from artists around the world,” states Shafaq Ahmad, Art Director for the Islamic Art Revival Series. “Showcasing the work of artists from diverse backgrounds, the exhibit offers a window through contemporary art to one fifth of the world’s population, spread out over five continents.”

Representative of that diversity, among the 68 pieces from the exhibit, 23 states are represented with works from 9 countries including Canada, France, Bahrain, Iran, Italy, Korea and India.

“The 5th Annual Juried Exhibition of Contemporary Islamic Art offers a unique opportunity for people of all ages, faiths and cultures to experience the rich and varied visual and performing arts of the Islamic world,” says Todd Hawkins, Irving Arts Center Executive Director. “We look forward to showcasing the works of many talented artists, and also to working with the Islamic Art Series to facilitate a number of unique lectures, workshops and other special events.”

Register now for all the upcoming events for IARS 2016. 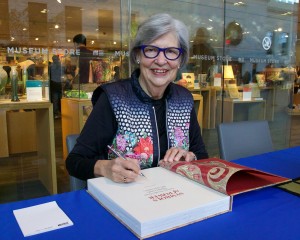 The Guest Speaker on opening night of the exhibition on Saturday September 17th, 2016 was Louise Mackie, Curator of Islamic art and Islamic textiles at the Cleveland Museum of Art.

Louise W. Mackie is responsible for the museum’s internationally renowned worldwide textile collection as well as its collection of art from Islamic lands. She has completed a survey of Islamic textiles, Symbols of Power: Luxury Textiles from Islamic Lands, 7th–21st Century, published by the Cleveland Museum of Art in December 2015. Mackie has been curator since 1998. Read more. 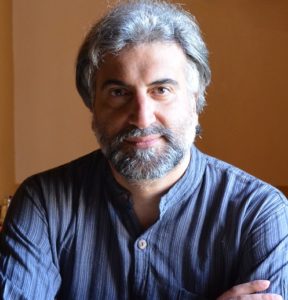 Bahman Panahi is a calligrapher, visual artist and musician based in Paris. He was born in Iran in 1967 and grew up surrounded by the rich culture of the Persian artistic traditions. He was drawn to the arts of calligraphy and music from an early age and soon found that his practice of these two art forms complemented each other. Read more. 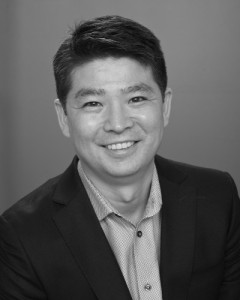 On October 22, 2016 joining us as a Guest Speaker at the Irving Arts Center for the IARS Art Show is the renowned architect Jason Moriyama,

Partner at Moriyama and Teshima Architectural Firm in Toronto, Canada. Jason Moriyama, educated in Ottawa, Los Angeles and Tokyo, received his professional degrees from Carleton University and the Southern California Institute of Architecture (SCI-ARC). Jason’s education in Industrial Design and Architecture informs his holistic and deeply integrated approach to design at all scales from hardware details to city planning.

Jason’s master planning experience as leader of Moriyama & Teshima’s Canadian consortium role for the Holy Cities of Makkah, Madinah and Mashaer in the Kingdom of Saudi Arabia; his current work on the 1340 ha. Education City Masterplan Integrator for the Qatar Foundation; and Kuwait University’s New Shadadiyah Campus. Read more.

The esteemed juror for this year’s exhibition is Dr. Maryam Ekhtiar, Associate Curator of Islamic Art at the Metropolitan Museum of Art in New York.

Dr. Maryam Ekhtiar is a scholar and specialist in the field of later Persian art and culture. One of her particular areas of expertise is calligraphy. She received her Ph.D. from the Department of Middle Eastern Studies at New York University in 1994 and has worked and taught at various museums and universities in the United States, namely the Brooklyn Museum of Art, New York University and Swarthmore College.

Irving Arts Center
The performing and fine arts community in Irving welcomed a new home in 1990 with the completion of the Irving Arts Center. The Arts Center’s 10-acre complex, nestled in the heart of Dallas-Fort Worth, features two fully-equipped theaters; four galleries; meeting, classroom, reception and rehearsal facilities; and a verdant sculpture garden. The Arts Center – a department of the City of Irving – was designed to accommodate a wide range of cultural and civic needs. The Arts Center has more than 91,500 square feet of performing and visual arts space, including the 707-seat Carpenter Performance Hall and the 253-seat Dupree Theater. In 2007 the Irving Arts Center was named an affiliate of the Smithsonian Institution. The center is located at 3333 N. MacArthur Blvd., Irving, TX 75062.

Top
Manage Cookie Consent
To provide the best experiences, we use technologies like cookies to store and/or access device information. Consenting to these technologies will allow us to process data such as browsing behavior or unique IDs on this site. Not consenting or withdrawing consent, may adversely affect certain features and functions.
Manage options Manage services Manage vendors Read more about these purposes
View preferences
{title} {title} {title}