“Ethics of Relationship in News from Far Away” – Workshop with Richard Doughty
Saturday, March 16 from 2-4PM

FORMAT: “What does it mean to be a responsible citizen of today’s global infosphere—especially when it comes to people and places that are unfamiliar? In this presentation/workshop, Richard Doughty will talk about how relationship is one key to examining the ethics at the heart of these questions for both those who produce news and the rest of us who read and view it. Using the experiment in a relationship-based, community-led photo essay that he undertook with a Palestinian partner in the Gaza Strip, participants will explore how our understandings of individuals and groups—often our stereotypes—are products of relationship ethics. Then the group will look at a few current, diverse media products to consider the relationships that guided them. As we become more aware of the relationships that shape our information cultures, we can better make up our own minds about what we read, see and hear.

Our goal for this workshop is to become aware of our own assumptions, myths and stereotypes, the better to find a lens that can clarify our relationships with people both nearby and across the world. We may aspire to always look for history and context in order to form our opinions, but both as producers of news and as consumers we face constraints in many forms. Awareness of them will help us develop compassion towards our fellow human beings, for the rights for all to live in dignity, to speak and to be heard.”

About Richard Doughty
A resident of Houston, Richard Doughty has worked since the mid-1980s as a photojournalist, writer and editor focusing on Arab and Islamic cultures. He holds a BA in art from Williams College and an MA in photojournalism from the University of Missouri-Columbia. In 1989 he began freelancing from the Middle East to Aramco World magazine. In 1994 he became its assistant editor, and since 2014 he has served as its senior editor. During this time the magazine has won dozens of awards for its coverage of people and cultures of the Islamic world and their interconnections to others. 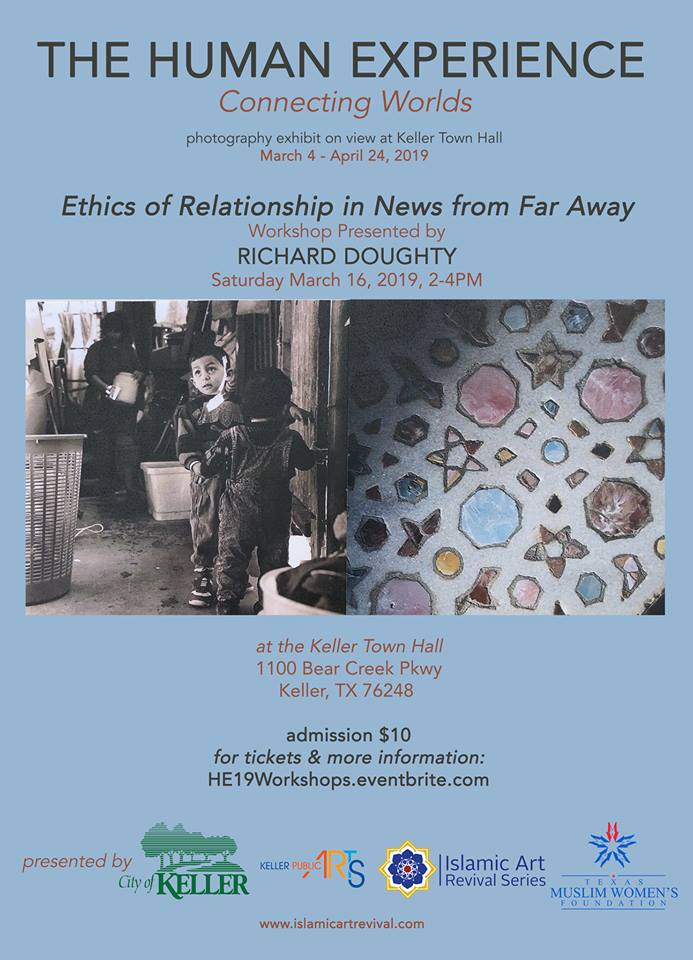